CuteCircuit at The Queen’s Birthday Party 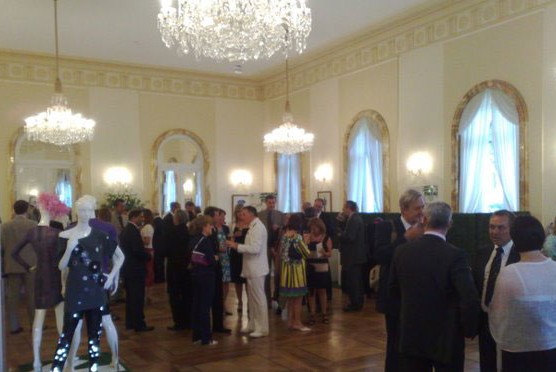 Posted at 15:35h in News by CUTECIRCUIT

The Queen’s Birthday Party is a traditional diplomatic event equivalent to a national day for the UK. This year’s event presented an exhibition focussed on the themes of innovation and sustainability in fashion to highlight Britain’s important contribution in this sector.

CuteCircuit Creative Director Francesca Rosella is the testimonial for the campaign See Britain Through My Eyes and she was interviewed on live radio by Filippo Solibello the host of Caterpillar, the most popular radio show in Italy. The evening also featured amazing music from Paloma Faith.