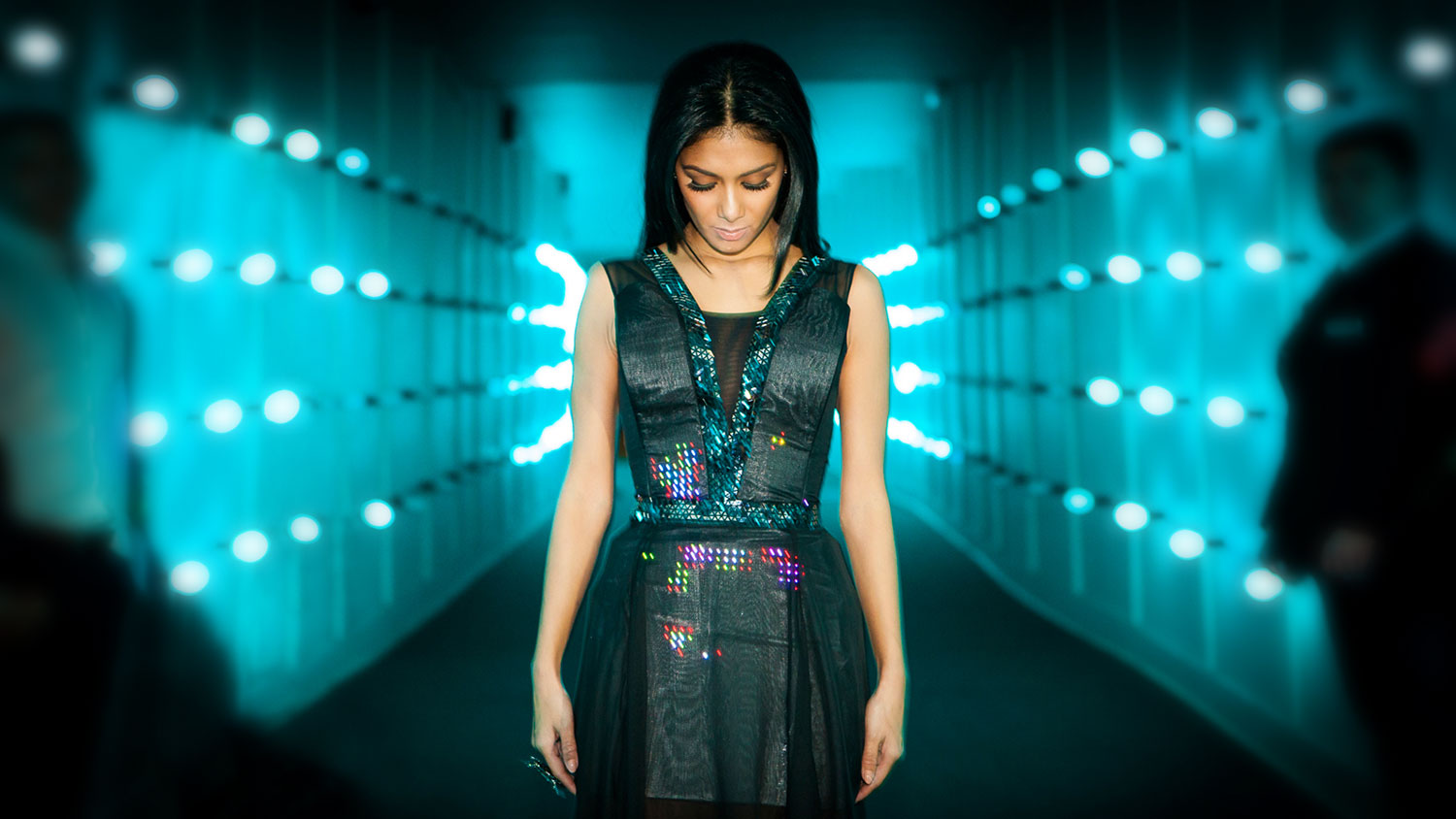 Posted at 17:21h in News by CUTECIRCUIT

The sparks return to one of the best known landmarks in London for the first time since 1983 the electricity can be felt again in the “temple of power”.

An elegant CuteCircuit black evening gown made of the most precious French chiffon changeant and adorned by thousands of hematite Swarovski Elements. A combination between edgy and sophisticated, sharp triangular crystals and delicate floaty chiffon. The dress includes the latest technology, lighting up with extraordinary animations that moved around her body creating a magical aura and fascinating fans and press that could share their words sending tweets directly to the Haute Couture Dress.

It is the launching of the new Britain’s 4G mobile network EE, where future, innovation and glamour are the key points of the night. The event continues with performances such as the digital magician Marco Tempest and Dj Yoda, and of course, Nicole Scherzinger’s.

Nicole performed a number of her best hits and her new single wearing a very special little black dress that CuteCircuit has designed exclusively for the singer and X-Factor judge. A techno-tulle dress that lets the light shine through creating a colourful pattern that enhances Nicole’s spectacular figure, capturing the attention of the audience.

An event to remember, Nicole said: “Had so much fun performing at @EE Launch Party last night!! Thank you for all of your tweets & support! #4GEE”.

Digital couture the new black. If you want to know more, keep updated on our website to see more pictures and videos of the event.