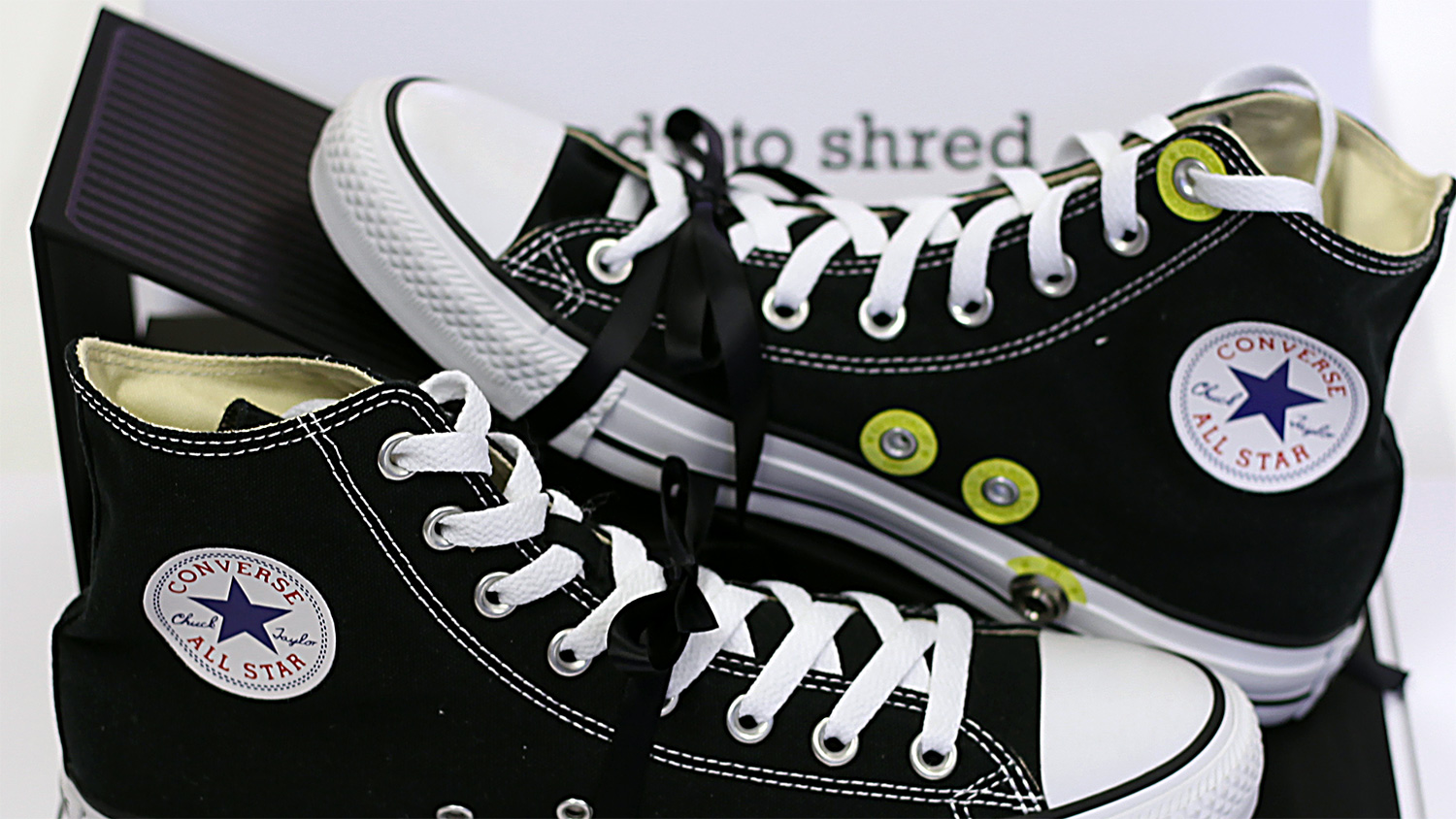 Posted at 19:12h in News by Francesca

CuteCircuit collaborated with Converse on the incredible All-Wah shoes, a Wah-pedal literally built into the sole of a regular Chuck high-top!

The All Wah was born three years ago during Converse’s Chuck Hack sessions, where Critical Mass  presented the first prototype of a Chuck Taylor using a standard Wah pedal. Fast-forward to 2016 with an innovative design and development from leading fashion and wearable technology brand CuteCircuit, the All Wah brings a new level of freedom to guitar playing, with the sole of the All Star transforming foot movement into Wah modulation, using cutting-edge micro-sensor technology.

Simply move your foot as you would using a traditional Wah pedal, and the sneaker does the rest, communicating wirelessly via Bluetooth to the Wah Box for the Wah effect. The All Wah can be used in a classic stage set-up with an Amp or connected to a MAC or iPhone.

During February and March 2016, 13 guitarists were selected to take the All Wah Chucks on stage, merging the iconic sneaker with music through technology and style.

Pushing musicians to unleash their creativity, Converse’s Chuck Taylor All Wah is the next step to limitless imagination.