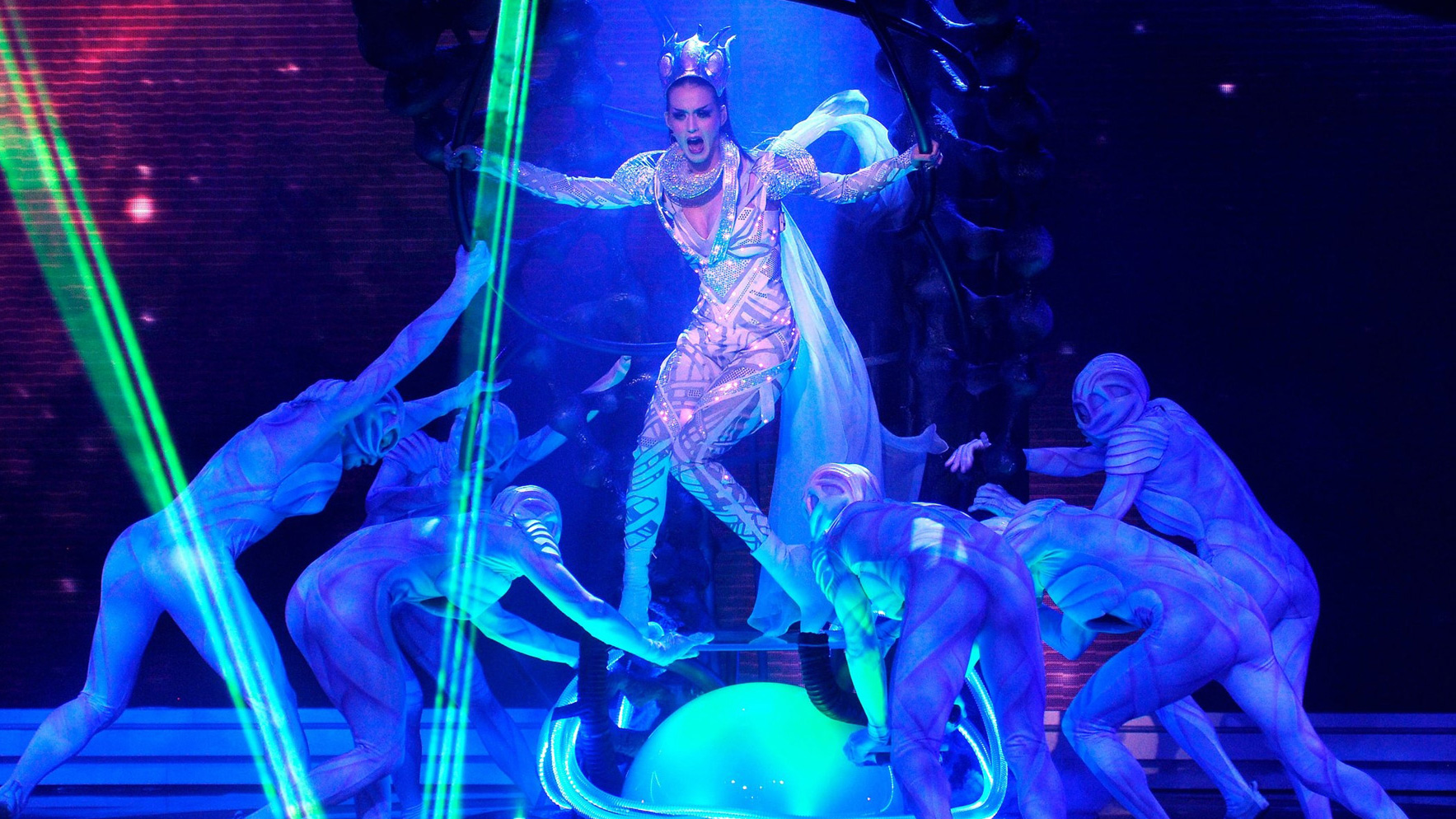 Posted at 15:54h in News by CUTECIRCUIT

Katy performed her latest chart topping single E.T. in her only live television performance of the song. Katy Perry shared the stage with surprise guest Kanye West who added his own lyrical performance to the bridge of the song.

CuteCircuit designers Francesca and Ryan commented, “The design inspiration grew directly from Katy’s song. We wanted to use shapes and fabrics that would amplify the unique atmosphere of the music video and create a stunning visual experience.” Even pop-star Rihanna was impressed with Katy’s otherworldly look tweeting, “How f***in smokin is @katyperry as an alien??”

Following the success of Katy’s stunning performance, sales of her chart topping hit saw an increase of over half a million, shooting the single into the #1 spot on both Billboard’s Hot 100 and the US iTunes Charts.