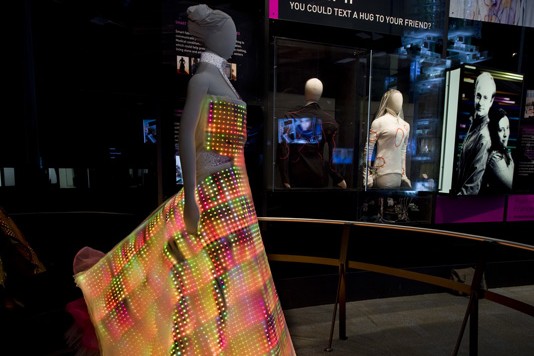 Posted at 13:43h in News by CUTECIRCUIT

Get a glimpse of the Future in Chicago! An exciting new semi-permanent gallery has opened at the Museum of Science and Industry in Chicago.

Called FastForward: Inventing the Future it includes amazing and entertaining innovation from all over the world. Included in the exhibit are the forward thinking wearable technologies of CuteCircuit.

The exhibit also includes the HugShirt, as well as photographs of a number of other wearable technologies that CuteCircuit has developed. Additionally the exhibit includes a video interview with CuteCircuit co-founders, Francesca and Ryan, talking about the inspiration behind the company and their ground-breaking designs.